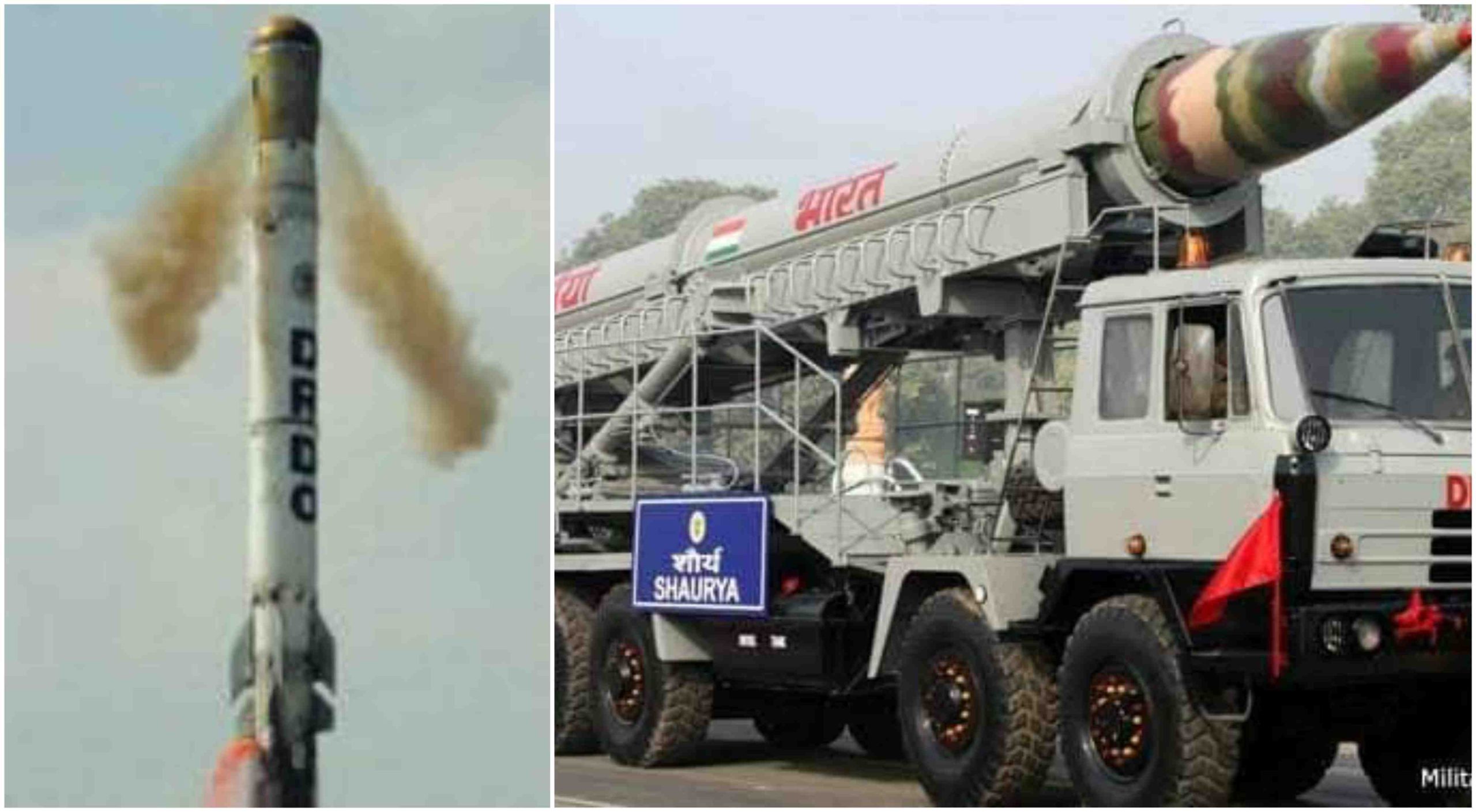 The Shaurya missile can strike targets at a range of around 800 kilometres, and will complement the existing class of missile systems.

“It will be lighter and easier to operate,” sources in the government said.

The Agni missile is a family of medium to intercontinental range ballistic missiles developed by India, named after one of the five elements of nature. Agni Missiles are long range, nuclear weapons capable surface to surface ballistic missile. The first missile of the series, Agni-I was developed under the Integrated Guided Missile Development Program and tested in 1989. After its success, Agni missile program was separated from the IGMDP upon realizing its strategic importance. It was designated as a special program in India’s defence budget and provided adequate funds for subsequent development. As of 2008, the Agni missile family comprises three deployed variants while two more variants are under testing.

The latest development is Agni-V, is a solid fueled intercontinental Ballistic Missile (ICBM) developed by DRDO of India. It will greatly expand India’s reach to strike targets more than 5,500 km away.

The Agni-V is a three-stage solid fuelled missile with composite motor casing in the second and third stage. It can be reach to the speed of Mach 25 at terminal phase.

The Shaurya missile is a canister launched hypersonic surface-to-surface tactical missile developed by the Indian Defence Research and Development Organisation (DRDO) for use by the Indian Armed Forces. It has a range of between 750 to 1,900 km (470 to 1,180 mi) and is capable of carrying a payload of one ton conventional or nuclear warhead. It gives the potential to strike in the short-intermediate range against any adversary.

The Shaurya Missile is classified as a “Cruise Missile Hybrid “ system.It flies like a ballistic missile till it attains the height of 50 km. Post that it behaves like a hypersonic cruise missile. So the first half of its trajectory is still like a ballistic missile and predictable. It has a high CEP of 20–30 meters which means it is not as accurate as the Brahmos (CEP 1–2 meters).

While ballistic missiles cannot correct their course midway, the Shaurya is an intelligent missile. Onboard navigation computers kick in near the target, guiding the missile to the target and eliminating errors that inevitably creep in during its turbulent journey.

The Shaurya, say DRDO sources, will strike within 20-30 metres of its target after travelling 800 kilometres.

Conventional cruise missiles, like the American Tomahawk and the Indo-Russian Brahmos, offer similar accuracy. But their air-breathing engines carry them along slowly, rendering them vulnerable to enemy aircraft and missiles. The Shaurya’s solid-fuel, air-independent engine propels it along at hypersonic speeds, leaving enemy fighters and missiles far behind.

Shourya is comparable to Russia’s Iskander missile that can cruise at hypersonic speed of Mach 6 – 7 at a height of 50 km and maneuver to evade ballistic missile defenses.

The Shourya is the land based version of the Saagrika missile developed under the K-15 project for arming India’s SSBNs. Shaurya is stored in a composite canister, which makes it much easier to store for long periods without maintenance as well as to handle and transport. The missile has a diameter of 0.74 and a length of 10m; it is custom built to fit, three each, in the missile tube of the Arihant class SSBNs.