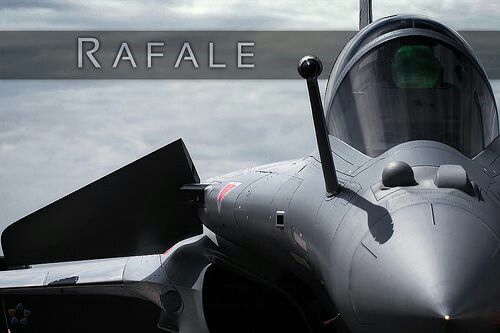 He, however, made it clear that the IAF was currently focusing on the order to be issued soon for 83 Light Combat Tejas Mark 1A. “At the moment, we are concentrating on 83 LCA Mk 1A. After that, the follow-up planned is MRFA (multi-role fighter aircraft), which is ‘Make in India’ and the other line is on LCA versions, and Advanced Medium Combat Aircraft (AMCA),” said the IAF chief while addressing the media during his annual press conference.

“In terms of whether we go in for more Rafale or MRFA, it will be an open competition as it is currently planned. We have received the RFI (Request for Information) responses. So this entire subject is under discussion and debate. As and when this situation and the picture becomes clear and we finalise the way forward, we will share with you,” he added.

Asked by ThePrint on what the IAF favours as the next lot of Rafale aircraft will be cheaper than the 36 jets bought in 2016 and that logistics are already in place to cater to two more squadrons, the IAF chief said the issue is “on the table in terms of taking a final call”.

“I can’t discuss that question and answer before we take a final decision. This is a subject, which is under discussion. The current status is that we have received all of the RFI (Request for Information sent out for 114 MFRA) responses. All these issues are on the table in terms of taking a final call. As and when we decide, we will then tell you,” he said.

“There is no point in saying because of this (next lot will be cheaper and logistics in place) let us do this. There are various issues to be considered. All these facts are there. As soon as we take it, we will tell you”.

Rafale procurement
Chief of Defence Staff Gen. Bipin Rawat had in February said the government will go in for staggered purchase of fighter jets, which was seen as an advantage to Rafale.

As reported by ThePrint, there is a thinking within the government that India should go in for two additional squadrons of the Rafale fighter jets besides better versions of the indigenous LCA Tejas and AMCA.

This was because a large component of the €1,700 million paid for India Specific Enhancements in Rafale will come down as the majority of the cost was for Research and Development, modification and certification.

The cost of setting up the base and training will also come down since India had paid for setting up two bases for just 36 aircraft. These bases can easily accommodate more squadrons of the aircraft without additional cost.

Also, future Rafale fighter jets will come with no offsets under the new policy of the government, thereby bringing down the cost further.

While the IAF has operationally inducted 5 such French fighters, an additional 3-4 jets will come by end of this month or early November. “This will keep happening every 3-4 months,” he said.

The IAF chief also said integration of Rafale brings in a platform, which is the way ahead and would give the force an edge and capability to strike first and deep.