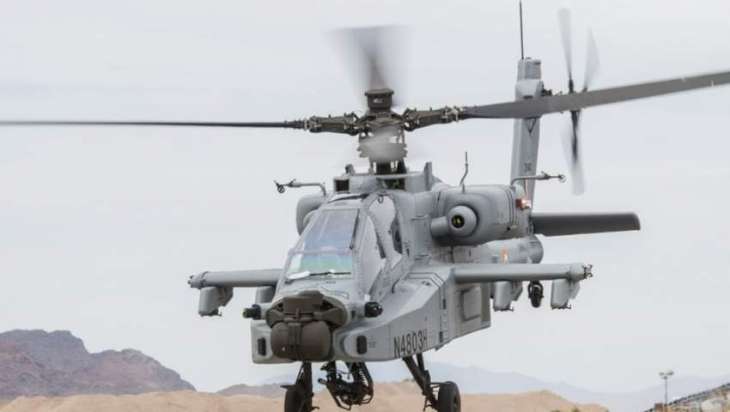 The Indian Air Force (IAF), in a first, on Thursday deployed its most advanced Apache fighter helicopters in Sikkim, a frontier state with China. Two of four districts in Sikkim – North and East Sikkim – share boundaries with China along the eastern sector of the Line of Actual Control, along with Arunachal Pradesh.

On Thursday, the Apache helicopter was first flown during the visit of Air Marshal Amit Dev, Air Officer Commanding in Chief of the Eastern Air Command, at their forward base in North Sikkim district, a few kilometers from the Line of Actual Control.

“During the visit, he also interacted with the aircrew of Apache unit, which has been deployed in the Eastern sector for the first time,” a press statement said.

This was one of the 22 Apache helicopters India had procured from American aircraft manufacturer Boeing, along with 15 Chinooks, by signing a multi-billion dollar contract in September 2015.

India is one of the 17 nations to select the Apache and has the most advanced variant, the AH-64E Apache. Apache helicopters have been modified according to the needs of the IAF.

It is a twin-turboshaft attack helicopter with a tailwheel-type landing gear arrangement and a tandem cockpit for a crew of two. Among other features, it has a nose-mounted sensor suite for target acquisition and night vision systems among other features.

The Air Marshal, during his two-day visit, also interacted with senior army officers and discussed ways to synergise and support the efforts of the army, along with reviewing operation preparedness.