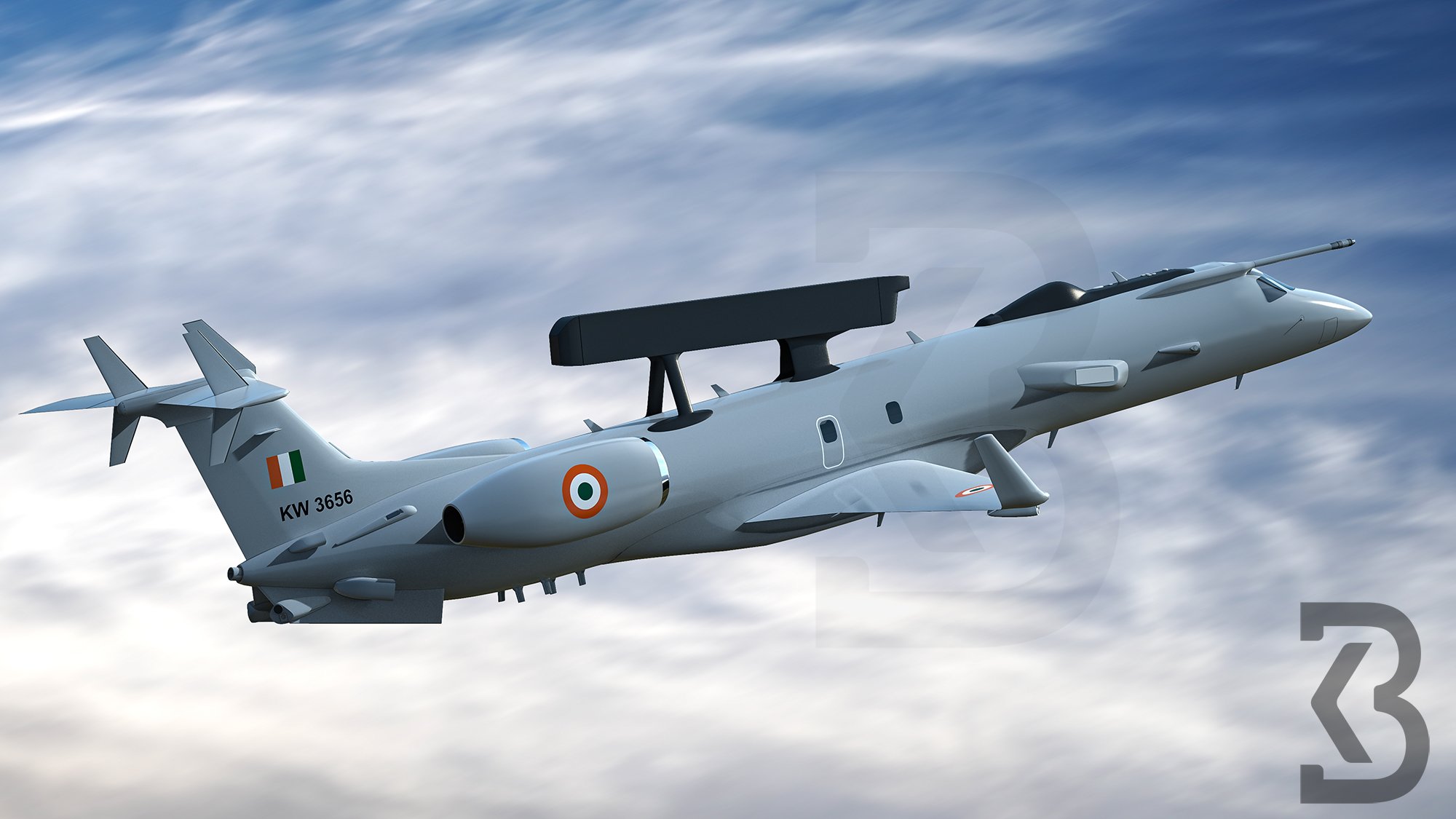 IAF is looking to procure 5 more Netra Airborne Early Warning and Control System developed by DRDO to beef up its Indigenous AWACS fleet capabilities DRDO had proposed to develop an Airbus C295 based Netra 2.0 AEW&CS BUT IAF is keen to procure Netra AEW&CS based on Embraer ERJ145.

The Netra AEW&C system has an indigenous radar mounted on the Embraer Emb-145 aircraft and three systems are being developed. The system handed over is in the initial operational configuration (IOC).

The present system gives a 240-degree coverage of airspace. The three aircraft would be based at Bhatinda facing the western border. The Emb-145 also has air-to-air refuelling capability for longer surveillance time. This capacity will be tested and certified in the next few months. India had made similar attempts in the past, which ended tragically. The DRDO began a project in the 1980s to build an AWACS, later renamed Project Airawat, but it was cancelled after a prototype crashed in 1999, killing all eight persons on board.

Grossly under-equipped in AWACS capability, the IAF presently operates three Israeli A-50EI Phalcon systems mounted on Russian Ilyushin Il-76 heavy-lift aircraft. While the requirement is for at least two more, the Il-76 platform’s reliability and spares are posing a problem.

The AWACS-India project is progressing but financial crunch had delayed acquisition of more FRAs, some could be taken on dry-lease. As part of AWACS-India Project, Airforce plan to house a triangular AESA antenna array developed by DRDO in Airbus A-330 that will offer a superior range and detection capabilities than the Israeli A-50EI Phalcon systems.

DRDO is been working on upgraded Netra AEW&CS with improved range, detection, and hardened anti-jamming mechanism based on the feedback received from the IAF. The second lot of Netra AEW&CS will carry a much more advanced AESA Radar and if Embraer’s ERJ 145XR is selected then will come with reduced specific fuel consumption, improved hot and high operation capabilities, and higher fuel carrying capabilities for more inflight time.