India gifts a submarine to Myanmar, gains edge over China 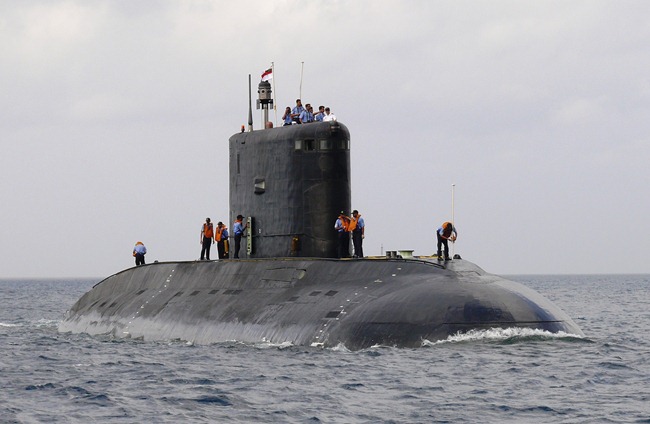 India’s provision of a submarine to Myanmar was a move that helped New Delhi get an edge over Beijing, which is seeking to push its military hardware among countries in the neighbourhood, people familiar with developments said on Wednesday.

The 3,000 diesel-electric submarine INS Sindhuvir, which has been renamed UMS Minye Theinkhathu, was showcased during the Myanmar Navy’s Bandoola fleet exercise on October 15, the same day the external affairs ministry announced that India had gifted the submarine to the neighbouring country.

“The Kilo-class submarine is an old design but it underwent extensive refits and upgrades before being handed over to Myanmar. It is significant that India handed over one of its submarines at a time when such vessels are needed to keep an eye on regional waters due to the increased activities of China’s People’s Liberation Army Navy,” said one of the people cited above, speaking on condition of anonymity.

The move also coincides with growing concerns among some of India’s neighbours about the quality of Chinese military hardware, which is often offered on favourable terms and comes with lines of credit to back purchases.

“There is a frequently used phrase in Myanmar – ‘tayokeset tayet-soke’ – which means ‘Chinese machine, broken in a day’. There are reports that Myanmar’s military leadership is unhappy with the quality of some Chinese equipment supplied to them and they have started diversifying their imports and looking towards India,” said a second person, who too didn’t wish to be identified.

The discovery of Chinese-origin weaponry among militant groups in Myanmar, such as the Arakan Army, too has become a “source of annoyance” in some quarters, the people said.

In Nepal, flag carrier Nepal Airlines decided to ground two types of Chinese-origin aircraft –Y12e and MA60 – that were acquired through a government-to-government deal after concluding that they were unsuitable for the country’s terrain, the people added.

Rajiv Bhatia, distinguished fellow for foreign policy studies at Gateway House and a former envoy to Myanmar, said New Delhi’s outreach to Naypyitaw, including the gifting of the submarine and a recent visit by foreign secretary Harsh Shringla and army chief General MM Naravane, was significant.

“Myanmar is grappling with international opprobrium and lack of funds and the provision of the submarine helps them overcome both. The Chinese have been trying to do the same thing but this time, India beat them at the game. The visit, especially the army chief’s presence in the team, was a high-profile attempt to engage with all elements of Myanmar’s leadership,” he said.