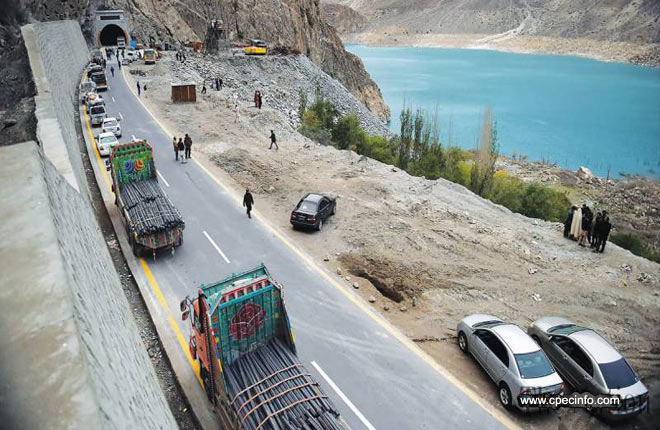 In a rare press conference on Saturday, Pakistani senior officials claimed that they have extensive evidence of India supporting terrorism aimed at destabilizing Pakistan and sabotaging its economic partnership with China. According to Pakistani military spokesman Maj Gen. Babar Iftikhar, Indian intelligence agents were specifically targeting Chinese development projects initiated through the China-Pakistan Economic Corridor (CPEC), and India even sponsored a 700-member militia for the purposes of wrecking this flagship program under the Belt and Road Initiative (BRI), media reports said.

While we don’t know the details of the allegations made by Pakistan and what exactly has happened, China has always expressed firm support to the development of the CPEC. So it is certain that China will keep a close eye on how the issue unfolds in the future.

Back in 2017 when India openly refused to be a part of the BRI cooperation, it expressed concerns over the CPEC, suggesting that it might influence the disputed Kashmir region, disregarding the fact that China has repeatedly stated that its position on the Kashmir dispute would not change because of the CPEC.

Yet, despite the complicated geopolitical background, the CPEC is committed to promoting regional connectivity and common prosperity, and is a purely economic program focusing on cooperation in areas like infrastructure, social welfare, industry and agriculture.

Pakistan’s allegations came just one day after a military conflict with India in disputed Kashmir. Whether in the Kashmir region or in other regions, it should be an international norm for both sides not to attack local economic projects and civilians. Under any circumstances, both countries have the responsibility to ensure the safety of Chinese personnel and projects.

The Kashmir region is a longstanding source of regional conflict between India and Pakistan. The geopolitical turmoil has been a major hindrance to local economic development.

China is a third-party country that has certain economic projects, mostly infrastructure, in the disputed region. While China has always expressed willingness to help Kashmir develop its economy through triangular cooperation with India and Pakistan, there is no denying that Chinese projects have faced difficulties from geopolitical factors in the past.

The Kashmir region needs economic development, and India and Pakistan need to guarantee the safety of third-party projects there, otherwise it will be hard for the local economy to reach outside help and investment. If Chinese projects are also targeted in the regional conflict, there will be even fewer opportunities for the region to attract investment and obtain aid.