India Set For Huge Defence Leap: From Drones To Missiles, List Of Military Trials In 2021 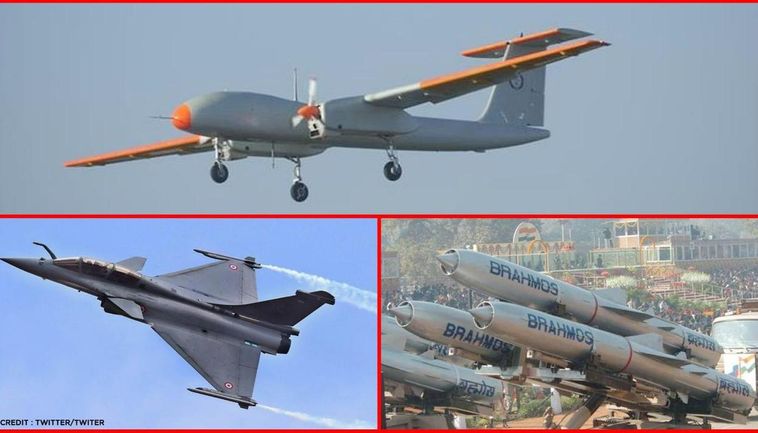 2020 has been an extraordinary year for the Indian defence developments. From the boost of Rafale to the record testings of missiles, gun systems and defence equipment, India has exponentially achieved the status of self-reliant defence power. Taking the momentum ahead, 2021 is all set for a series of military tests and trials planned for the year.

In 2021 the defence preparedness will be entirely in line with the motto of “Atmanirbhar Bharat”. All DRDO achievements of 2020 will be carried forward in the induction exercises in 2021. Ballistic Missile Defence (BMD) shield, an Air-Independent Propulsion (AIP) system for submarines, and drones and a number of missiles, including a BrahMos with an 800-km range, will be the highlights of the 2021 defence endeavours.

The year will begin with the trials of the Air-Independent Propulsion AIP, which is aimed for integration with India’s fleet of six Scorpene submarines during a refit. The trials for the indigenous AIP, which will enhance submarines to stay underwater for a longer duration.

Another important trial that will take off is the one for phase 2 of the Ballistic Missile Defence BMD, the trial will secure the country from all kinds of incoming missiles, including nuclear, and flying objects, through a multi-tier defence system. The first phase of the programme was completed last year.

Also on the agenda is the full-fledged trial of the indigenous Rustom 2 Unmanned Aerial Vehicle (UAV), which is scheduled to begin in early 2021. Rustom 2 will be capable of carrying the synthetic aperture radar, electronic intelligence systems and situational awareness systems, depending on mission objectives, the UAV is a medium-altitude long-endurance system.

In February 2021 fresh trials of the Indigenous Technology Cruise Missile (ITCM) Nirbhay will also begin. ITCM has a range of 800-1,000 km that will enhance the might of Indian defence forces. The range of BrahMos supersonic cruise missile will also be enhanced to 800 Km. First trials of the 800-km range BrahMos supersonic cruise missile will be done in mid-2021. The 400-km variant of this missile was successfully tested earlier this year.

Besides these trials, India will also witness some major defence deals in order to make the forces stronger. This year the induction of Rafales fighter jets will also get completed.

The government had finalised a list of more than 100 foreign defence procurements that will be discontinued in 2020. Indian alternatives for these products will be made and procured by the defence forces. The defence Ministry aims at fulfilling most of these requirements by the end of 2021.