Project 75I Submarines: How India Can Make The Most Out Of The Strategic Partnership Model In Defence 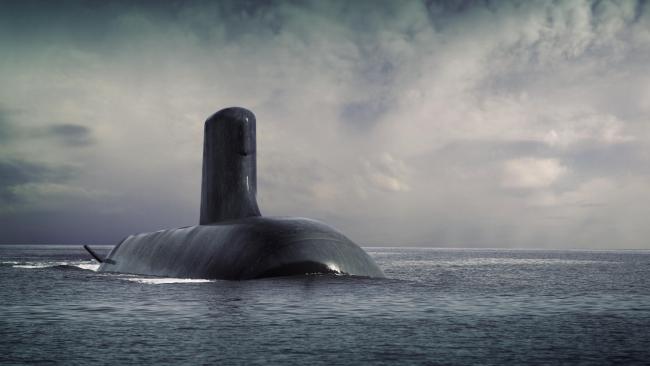 The Project-75I conventional submarines’ (SSKs) procurement is in the news again. The government and the Indian Navy are focussed on getting this project running as soon as possible to counter the increasing naval threat that the People’s Liberation Army (PLA) Navy will pose in the coming decade and beyond.

In many ways, the P-75I line of submarines are very different from the P-75 Kalvari (Scorpene) class submarines that are coming out of the Mazagon Docks now.

Many, including myself, have suggested in the past of continuing the Scorpene line beyond the current six submarined. But it is important to note that more Scorpenes simply can’t make up for the well-defined role that these long leg SSKs of P-75I project would take on in the Indo-Pacific.

Both with respect to the Shishumar (HDW Type 209) class built in the late 80s and the Kalvari class, India had failed to take advantage in terms of a substantial and serious transfer of technology (TOT) not just in terms of “know-how” but also “know-why”.

Part of the reason is because of Mazagon Dock being purely a shipbuilder and focussing on manufacturing without building a credible R&D arm that can absorb know-why and in future, design and develop surface and submarine ships independently with the Directorate of Naval Design (DND), Indian Navy.

It is important that such a grave mistake is not made again when it comes to P-75I.

From the Russians to the French, all serious bidders for the P-75I project have stated clearly that none of the existing available submarine designs can fully satisfy the Indian Navy’s requirements.

A substantial amount of design and development will be involved to come up with a sub that has both Air Independent Propulsion (AIP) and Vertical launching system (VLS) to launch BrahMos as stipulated by the Navy.

The MoD deciding to go for the Strategic Partnership (SP) model makes a lot of sense in more ways than one.

Currently, the consensus understanding of this SP model is that a foreign Original Equipment Manufacturer (OEM) with proven capabilities and a ready design closest to the Navy’s pending Request for Proposal (RFP) will be offered to be modified to completely satisfy the requirements.

But this stops well short of what we could achieve with this project. The SP model, in spirit, envisages the fostering of an Indian Strategic Partner (ISP) who would in future be fully capable of developing and delivering defence platforms in the segment for the Indian armed forces without the hand holding of a foreign OEM.

If so, wouldn’t it make sense for the new submarine design process and IP to be co-developed and owned with the ISP and DND in consultation with the winning OEM?

This was how HAL worked with Germany’s Messerschmitt-Bölkow-Blohm (MBB) to develop the ALH Dhruv back in the day and has led to a very successful Rotary Wing Research and Development Center (RWRDC) of HAL now churning out helicopters to the services for all needs in the light category.

The Indian Navy has prudently put forward the idea of a paid-up licensing mechanism, where the Navy gets to build unlimited number of subs as and when required without having to shell out royalties for individual subs.

The Navy too seems to be keen and specific about the kind of ToT including Design, Equipment, Manufacturing and Maintenance. This is good thinking, considering that the demand for these SSKs are going to be far bigger than the initial 6 submarines planned.

Considering this, it is better that the Indian Navy goes for a model similar to what Naval Group has signed up with Australia with regards to the Attack class submarines.

The strategic partnership signed between France’s Naval Group and Australia not only involves transfer of the Naval Group’s “know-how” but also “know-why” of the ShortFin Barracuda class submarines that was selected.

This ensures that any future upgrades to the subs too will happen in cooperation with the Australian defence industry in both development and manufacturing.

India must take a cue from this and go beyond in the terms for negotiating the P-75I deal. As stipulated under the SP model, the ISP is required to develop in-house R&D capabilities for future requirements in that platform segment.

The current SP model requires for the R&D capabilities of the ISP to be progressively developed by hand holding by the foreign OEM. India should go beyond and tie the ISP and DND engineers to be embedded with the OEM’s design team from start while modifying their winning design and share development load and IP generated from it.

This would give a leg up to the Indian partner in terms of “know-why”, apart from the well defined “know-how” that the partner will anyway get.

Both MDL and L&T are known to have a good system of system integration capabilities. This is probably the first time that MoD has properly focussed on the R&D aspect of platforms rather than assembly and manufacturing alone.

We have seen how successive licence manufacturing of fighter jets over decades by HAL hasn’t translated into a robust R&D capability within HAL. This has both to do with the way the deals were negotiated and HAL acting as a simple manufacturing rent seeker.

This cycle must be broken.

This would require that the Indian Navy pays and owns the full IP for that particular design and sub systems, even if not exclusively. The IP ownership will ensure that we can work on the future modifications and upgrades ourselves with or without the OEM every time and will also pave the way for future sub development indigenously.

This will also provide us insurance from incidents like the costly Scorpene leaks that happened, as we could work on mitigating the effects of such sensitive info leaks ourselves.

This will be a hard bargain to drive with the OEM, but is possible in a post Covid world.

But this also requires a national consensus on the path taken. A huge upfront cost is expected for such a project if we go down the lane of paid up licensing for R&D and IP ownership for building unlimited number of submarines in future without royalties.

The Opposition will have to stop crying ‘SCAM’ at the drop of a hat.

While auditing and accounting, the Comptroller and Auditor General of India (CAG) also must take into account the nature of such procurement and downstream intangible benefits like future expertise in domestic design, modification, repair and upgrade of submarines and the strategic and economic benefits that has to be had from such an effort.

On this aspect, there are lessons to be learnt with the way the Rafale Medium Multi-Role Combat Aircraft competition played out. Different ways of pricing and changes, as well as terms of the deal in such a complex negotiation could easily be misrepresented by vested interests.

The government is trying to put its best step forward with the strategic partnership model and being ambitious in actions as well as keeping aside narrow political objectives for national interests is absolutely necessary.