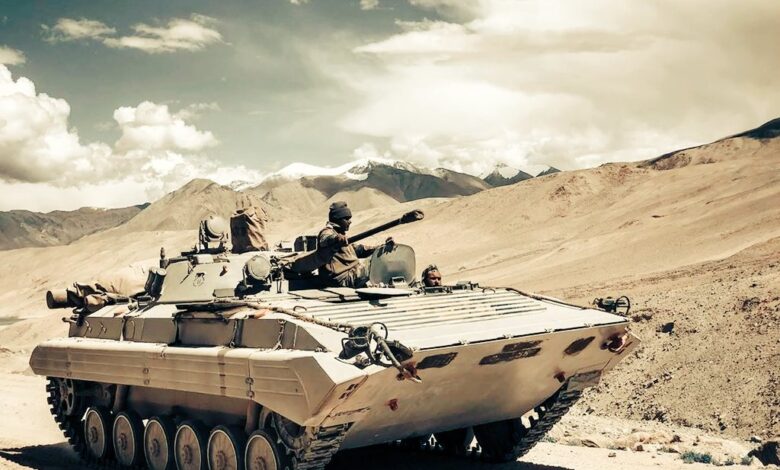 Amid efforts to resolve the issue through dialogue between India and China, the Indian Army has geared up to take on its adversary, if needed. In view of China’s military activities, the army does not want to leave any corps in its preparations on any front. That is why the Indian Army has deployed T-90 and T-72 tanks with BMP-2 Infantry Combat Vehicles in the Chumar-Demchok area of ​​East Ladakh at an altitude of 16 to 18 thousand feet, which is also at temperatures up to minus 40 degrees Celsius. This deployment also means that the Indian Army is ready for any combat at an altitude of 16 thousand feet in the cold desert of eastern Ladakh.

Tanks deployed in the most inaccessible areas

The LAC has a flat area for fighting across the Indus River on the eastern border, from eastern Ladakh to China’s occupied Tibet. Here T-90 and T-72 tanks have been deployed in inaccessible areas of East Ladakh. No country in the world has been able to deliver such a great weapon at such high altitude and difficult terrain, because it was not easy to reach this tank weighing 46 tons in an area like Ladakh. India has also started exercises to learn the dynamics of tanks in the flat area here.

Tanks will fire even in minus 40 degrees

At this time the snowy hills of Ladakh have started showing their effect and the temperature is falling day by day. The specialty of deployed BMP-2 Infantry Combat Vehicles is that they can operate easily even in minus 40-degree temperatures. If the Chinese army does some mischievous in the snowy plains of Ladakh, then these tanks can start firing. India has deployed around 2500 BMP-2 Infantry Combat Vehicles with T-90 and T-72 tanks in the Chumar and Demchok areas adjoining the Ladakh border. India is the third-largest operator of these Russian tanks.

The Indian Army fleet has about four and a half thousand tanks, named ‘Bhishma’. They have a 125 mm gun. It can also drop anti-tank missiles from its barrel. Although these tanks have been made by the Russian company, India has improved them further by putting Israeli, French, and Swedish systems in it. The T-72 tank, which became part of the Indian Army in the 1970s, is also capable of surviving nuclear, biological, and chemical attacks. Currently, the Indian Army fleet has about 4500 types of various tanks.

The Indian Army has the only Fire and Fury Corps in the world with mechanized forces deployed in such harsh terrain. Maintenance of tanks, infantry combat vehicles, and heavy guns is a challenge in this terrain. Winters are going to be harsh in Ladakh but we are fully prepared. Adequate stocking has been done for the troops deployed on advance checks for the winter of Ladakh. High-calorie nutritious ration, fuel and oil, winter clothes, heating equipment are all available in sufficient numbers.