Three options that will boost India’s defence prospects in 2021 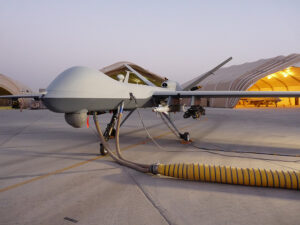 For 70 years, the Indian military has been in a state of flux — after several bouts of sanction, we’ve endured several failed quests for indigenisation.

In any military the competition is usually between indigenisation (investing in the future) and operational capability (invest in here and now). Yet we have failed at indigenisation, nor have we an enviable operational capability — this despite a military budget that is higher than Russia, Britain, France, Germany, Japan, South Korea, Brazil, Italy and Israel all of whom have outstanding defence products to sell.

If we have failed at indigenisation, it is because of the touchingly naïve belief that domestic defence development can happen in isolation from an abysmal education system, capricious industrial regulation, an unloved MSME sector and obsolete labour regulations.

If we have failed to create operational capability proportionate to the size of our forces on paper or the defence budget, it is because of the mix-and-match purchases, constantly shifting requirements, obsolete thought, wilful disregard of realistic budgeting, and the childlike innocence of believing that drafting the ‘perfect’ defence procurement procedure can overcome a massive human capacity deficit in the procurement process.

The question is what can India do in 2021 that may not solve these problems, but will certainly help us on the path to variously maximising operational capacity or increasing the possibility of indigenisation without confusing the two and ending up nowhere.

The first is to enlarge the lease model. In 2020, India for the first time in its history leased US MQ-9 reaper drones. This is a particularly important precedent because it opens up a whole new world of fighter replacement options for India.

Thus far, the light fighter replacement has gone nowhere. The Tejas remains an operationally dubious product, the first MRCA contest to replace the MiG-21 was surreptitiously hijacked into the MMRCA contest that saddled us with yet another heavy fighter, the Rafale, which was too expensive to buy in large numbers.

The second iteration of the MRCA contest (announced after the Rafale purchase) has again been derailed by allowing twin jets to compete which in all likelihood be steered towards a repeat order of the exorbitant Rafale.

Enacting lease options means we can get access to a large number of second-hand F-16s, Mirage 2000s and Gripens — which won’t derail the Tejas, but will boost capability enormously by allowing us to not just retire the MiG-21 but also MiG-29s and Jaguars, while filling a huge gap left by the retirement of the MiG-27 with vastly superior aircraft while rationalising the fleet.

Most importantly what we should remember is that despite these being second-hand aircraft, they vastly outclass the light fighters China and Pakistan field at the moment. Remember that the Indian Air Force chose not its new 1997 model Sukhois to conduct the Balakot strikes, but the 1982 vintage Mirage 2000. What’s more, one can also get early model F-15s for the air force in a heavy strike role or lease earlier F-18 variants for the navy till the naval Tejas gets ready, with the possibility of a rent-try-buy (lease purchase) agreement if the Tejas fails.

The second option to look at is naval — to down select one engine (the Rolls Royce MT30, the Lockheed LM2500, or the Ukrainian Zorya) and make it compulsory for all large surface ships (combat or supply). This will create economies of scale to indigenise, vastly simplify logistics, and force a design and procurement discipline on the navy.

Finally, we need to set up a proper fund in India for funding private defence development. The Air Force’s ‘Mehar Baba’ contest for building surveillance drones is the biggest example of the abject failure in this regard. It envisages a final order of Rs 100 crore, but the components required would take between develop Rs 20-30 crore to develop. This was announced as a pre-funded incubator for defence companies.

Yet halfway through the competition — the participants were informed the winner would not be funded, and they would have to raise capital for development themselves. This farcical flip-flop essentially knocked the wind out of a number of promising competitors who had no means of raising such capital given the extraordinary unpredictability of Indian defence orders and notorious non-payment of dues.

India’s defence problems run deep. But the three options described above, are simple, straightforward, ruffle no feathers, can be operationalised in a short time and will have far-reaching consequences. The question is if the defence establishment has even the slightest willingness to change its record.