To counter the rogue drone, DRDO puts plan of action in motion 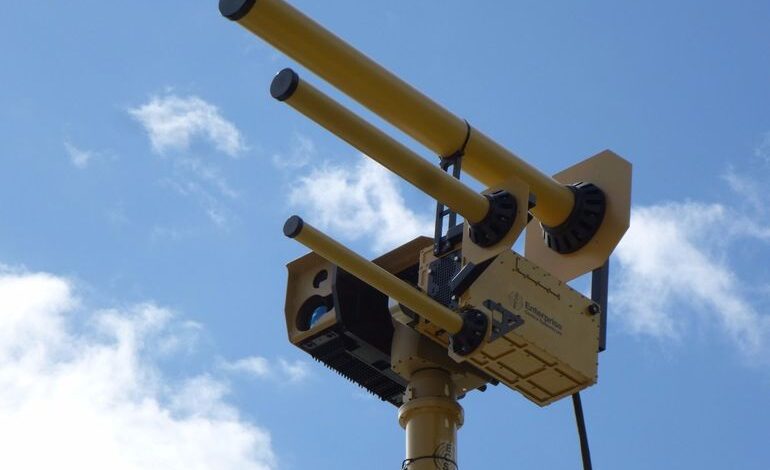 With the drone threat looming large, the Defence Research and Development Organisation (DRDO) has designated Bharat Electronics as the lead agency for the production and development of an anti-drone system.

The anti-drone systems are part of Prime Minister Narendra Modi’s security detail at his residence. The portable once will be part of his car cavalcade.

This is an important development since rogue drones have become India’s latest security headache. These drones are a potential threat and the government had been looking for solutions to counter this problem. In this regard the agencies conducted a data estimation and learnt that there are over 6 lakh rogue or unregulated drones of various sizes and capacities.

Recent incidents like the lethal drone attack on Saudi Arabia’s largest petroleum company and arms dropping by UAVs in Punjab from across the India-Pakistan border has only alerted the agencies to come up with a plan to counter the drones.

These agencies are now looking at some specific anti-drone techniques like sky fence, drone gun, ATHENA, drone catcher and Skywall 100 to intercept and immobilise suspicious and lethal remote-controlled aerial platforms.

A recent paper titled ‘Drones: A new frontier for Police’ published in the Indian Police Journal (IPJ) by IPS officer and Additional Director General in Rajasthan Police, Pankaj Kumar Singh, has talked about these new techniques.

A drone gun is capable of jamming the radio, global positioning system (GPS) and mobile signal between the drone and the pilot and forces the drone to ground in good time before it could wreak any damage. This Australia designed weapon has an effective range of 2 kms, the paper said.

Another solution to block a lethal drone is the sky fence system that uses a range of signal disruptors to jam the flight path and prevent them from entering their target, a sensitive installation or event venue, it said.

Officials said prototypes of these counter-drone weapons were displayed for the first time at an open field in a BSF camp in Bhondsi, Haryana last week as part of a national conference organised by the Bureau of Police Research and Development (BPRD) on anti-drone technology.

The Centre now wants to impart training to police officers of all states to check this menace. The Bureau of Police Research and Development is currently in talks with the police chiefs of all states so that training can be imparted to counter new terror threats that have been emerging.

OneIndia had reported recently that, a new committee was constituted by Union Home Minister, Amit Shah to analyse the various threats, including the ones that are posed by drones. In Punjab, the police found that drones were used by Pakistan to drop off weapons at the border areas, so that it could be transported to Jammu and Kashmir.

The committee held a demonstration on the anti-drone technology in Haryana, where several officers took part. Sources tell OneIndia that rogue drones pose a major threat.

This would be one of the key threats in the coming days. The police force needs to be sensitised to such threats, the officer also said.

The programme would include training in anti-drone detection, tracking and identification.

The police would also be taught on how to handle the anti-drone equipment at critical areas including airports, which face a high level of threat from drones.